HOLY DIVER – Crobot / Aeges / Like Machines / The Jab / Cold Shoulder Sacramento, CA 2.9.2020 It’s a Sunday night and the location is Holy Diver and yes, RONNIE JAMES DIO would be mighty proud of what this venue does to support music and keep it alive. Getting there late in the afternoon so we could have a couple of conversations (CROBOT and LIKE MACHINES – to be posted on YouTube once edited) was a pure delight and seeing the friendly staff (i.e. Simon, Chris, Steve, etc.) a
89 views0 comments
maentglobal

"the ɥʇuɹʇ tour" Nothing More The Belasco Theater

Nothing More #theɥʇnɹʇ Tour The Belasco Theater Los Angeles, Ca Feb 22, 2019 First it must be said the staff at The Belasco was on point, entered with no issues. Passes and ticket where waiting for MA entertainment, appreciate that… Before anything is ever written, the show is generally digested in order to objectively comment on what was witnessed. It is far too easy to report via the knee jerk reaction, then again even after days, the opinion will not go away… Negative or p
86 views0 comments
hardrockcore

February 7, 2019 - Athens, GA based alternative rock band LULLWATER has released the official music video for their single “Empty Chamber.” Originally premiered on Consequence Of Sound, “Empty Chamber” is off of the band's upcoming LP, Voodoo, set to release 2/22/2019. “We all have experienced and been in a moment of excruciating emotional pain and ‘Empty Chamber’ was written during one of those moments. The song has an upbeat tempo and happy melodic vibe but the lyrics are d
4 views0 comments
hardrockcore

A BOWIE CELEBRATION February 12 Bankhead Theater Livermore, CA When you show up to the venue and you're one of the younger ones there, that normally tells you that the act you're about to watch is from a previous generation. And when you see a 60+ year old rocking the mohawk still, that tells you that he/she has complete abandon and is simply being themselves. The artist in question tonight was someone that always stood out, took chances, wasn't afraid of repercussion, and
15 views0 comments
hardrockcore

February 4th, 2019 - South Chicago based Rock Band CHOUT have released the official music video for their single, "Seasons," off of their newest LP, Dogwater. Garnering immediate attention from no less than Loudwire, Metal Injection, and MetalSucks, the ALICE IN CHAINS influenced band is positioned to lead the simmering front of 90s grunge revival with a new, 3 song EP slated to drop in the next few weeks. #chout #aliceinchains #loudwire #maentglobal #music #grunge #hardrockc
6 views0 comments
hardrockcore

Following the release of their successful first album Resurrection, MICHAEL SCHENKER FEST is currently recording their second album, co-produced by Michael Schenker & Michael Voss, which is tentatively scheduled to be released in August. The news is bittersweet as the band recently mourned the passing of beloved MSF drummer Ted Mckenna. Michael comments, "We are totally heartbroken to hear about Ted McKenna - our amazing drummer and dearest friend - passing away. It’s a
5 views0 comments
hardrockcore

Valentine's Day is here! To celebrate, Lizzy Borden has launched a new video for "Obsessed with You" directed by Dave Brodsky. Fans can take in the new lusty video now at metalblade.com/lizzyborden While there, Metal Blade and Lizzy Borden would like to invite fans to enter to win a signed copy of My Midnight Things on vinyl, plus a limited-edition Lizzy Borden "Obsessed with You" Valentine's Day card! Ten lucky winners will be drawn for the vinyl, plus an additional 25
4 views0 comments
hardrockcore

February 14, 2019 — Pop Evil has released a new music video for their track “Be Legendary” today as the band continues to wow fans across the U.S. on their current headline tour. “Be Legendary” marks the fourth music video the band has released from their most current self-titled album that came out last year. Pop Evil once again teamed up with American film director Columbia Tatone. The group previously collaborated with her on the past three music videos for "A Crime To R
4 views0 comments
hardrockcore

FEARLESS RECORDS SIGNS PARTING GIFT NEW EP ENSOM OUT MARCH 22 WATCH VIDEO FOR "PALE" Fearless Records has signed Parting Gift. The UK band will release its label debut in the form of the Ensom EP on March 22. Alongside the announcement of the new release and the Manchester band's signing to U.S. rock powerhouse Fearless Records, the band has also released the single "Pale." Watch the video and listen to the track here. Parting Gift vocalist Zac Vernon muses, "'Pale' is the e
25 views0 comments
maentglobal

Anaheim Hilton Anaheim, Ca Jan 28, 2019 Year two… MAentGlobal attended Ultimate Jam Night (UJN) at NAMM! This fantastic event is getting closer and closer to the smooth-running action packed, entertainment juggernaut that it should be!!! There simply is no better value for your money during NAMM week… Oh wait it is FREE, so hell yeah it would totally be worth $50!!! Now onto the awesomeness that is UJN, the behind the scenes work that it takes just to do the weekly show must
88 views0 comments
maentglobal

Golden 1 Center, Sacramento, Ca Nothing like roll'n in from a long metal filled weekend of amazingness at HeadbangersCon only to get notice that an opportunity to shoot at a new arena hits our email... PSA to all other arenas... The home of the Sacramento Kings, cough cough, had it down..! Equipment check-in and AMAZING seats awaited for us after our 3 songs... Thank you Carson & Libby, you two rock! The show started a bit early, so we came in late and missed the openers... S
17 views0 comments
maentglobal

Whisky A Go Go Hollywood, Ca Tuesday July 24, 2018 Show #163 This is going to be a short Ultimate Jam Night report... It was an odd night, MAentGlobal found ourselves doing the social/life style picture taking thing... That will be a rare endeavor, we are there to capture the music... But, it seem to fit the vibe of the night... Bell bottoms, band aids, and straight jam'n... The night belonged to Camron Crowe's Almost Famous and of course the Ultimate Jam Band, for one night
44 views0 comments
maentglobal

Whisky A Go Go Hollywood, Ca Tuesday July 24, 2018 Show #163 Good things come to those who wait and after a seven year break, the ladies of Riot Bride featuring #GABRIELLEDEMARCODEACON, #TUESDAIMURGAI, #JAZZLIMBO, #BRITTLIGHTNING, and #JAMFAM member #ABBYGENNET hit the Ultimate Jam Stage at the world famous Whisky A GoGo and showed that not even a break had slowed them down... The crowd lost their minds as the band blasted through a heavy set of sleezy hard rock, much like #
14 views0 comments 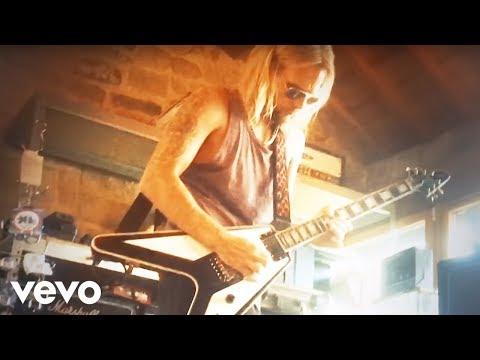 Judas Priest’s latest studio album, Firepower, was released March 9, 2018, via Epic Records. Co-produced by Tom Allom and Andy Sneap, the 14-track album has become one of the most successful of the band’s entire career - landing in the "top-5" of 17 countries (including their highest chart placement ever in the U.S.), and scoring their highest charting commercial rock radio single in decades with “Lightning Strike” (for which a music video was also filmed). ’No Surrender’ cap
4 views0 comments